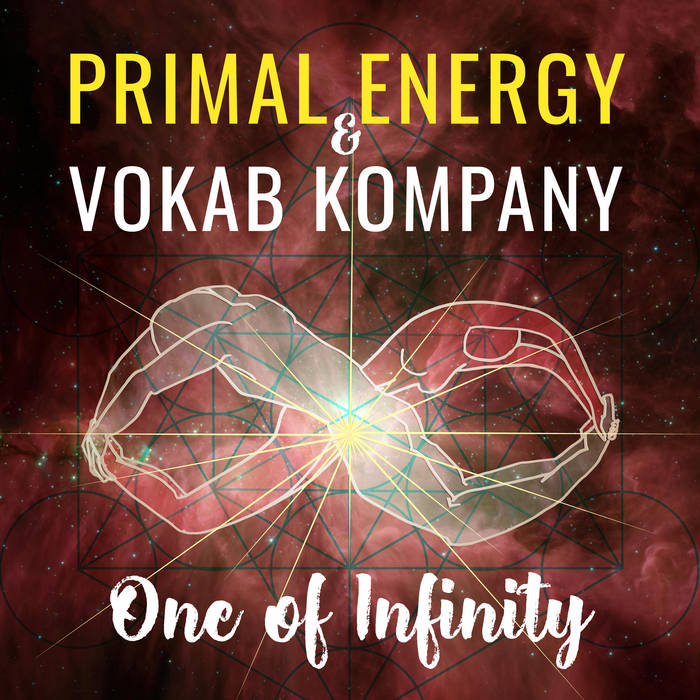 Not So Serious Radio

Vokab Kompany and Primal Energy are honored to announce the release of ONE OF INFINITY this
Father’s Day, June 17, 2018.
ONE OF INFINITY is the first part of a legacy project to honor Casey Darrell Maloney, a heart-
centered, playful, vibrant human being, musician, and much-loved member of the Burning Man
community, and father of two. Giving the gift of music was an integral part of his life.
Casey Maloney and Burgundy Morgan formed the duo Primal Energy and shared many magic
moments performing on stages and as “wandering bluesy minstrels” at transformational events and
festivals. Their music was shared with others as a “present-moment, participatory experience.” The
public was invited to participate, explore the joy of music, and to express themselves in whatever way
felt right… percussion, singing, dancing, laughter, and shenanigans! Connection, playfulness and
celebration was the result of these expanded wandering impromptu jam sessions!
Then, unexpectedly, Casey was diagnosed with terminal brain cancer. After Casey’s diagnosis,
Burgundy organized recording sessions with loving friends, Josh and Biajani at Stage Red Studios in
Los Angeles. Casey’s voice and guitar were recorded professionally for the first time. The team
recorded as many songs as they could, despite limitations following Casey’s two brain surgeries, and
memorialized Casey’s acapella vocal tracks and acoustic guitar performance. Casey was a shiny soul
and he was so excited to record and capture in some small way, the music that brought so much joy to
him and others!
Turning the Terrible into the Terrific…
Casey’s death is a deep loss. Yet the transformational art and music community is filled with amazing
people who understand love, connection, compassion, and beauty, and support each other through
even the toughest times.
Following Casey’s death, Vokab Kompany and Primal Energy decided to collaborate to create a true
legacy to honor and memorialize Casey. The entire Vokab Kompany family including Robbie Gallo,
Matt Burke, Geoff Nigl, John Avery came together to finish the songs. Vokab Kompany added their
fantastic musical prowess, flair and style, incorporating Casey’s voice on Now Down, and using
melodies and ideas for Boogie Chop and The MAC to create new tracks that would make Casey proud!
(Seriously, he would be dancing the Snoopy Happy Dance right now!)
So this Father’s Day, Primal Energy and Vokab Kompany are pleased and delighted to release the
first EP “One of Infinity” of finished tracks, Now Down, The MAC and Boogie Chop.
On a personal note, I am extremely grateful to those amazing people who helped create this legacy to
honor Casey and memorialize his passion for music, especially to the entire Vokab Kompany family -
Robbie Gallo, Matt Burke, Geoff Nigl, John Avery for the amazing new music tracks and Tomoko
Burke for album art, and Josh Whiting and Biajani Marrerro at Stage Red Studios for Casey’s vocal
tracks. Thank you, thank you, thank you!

"A sound whose genre goes something like; hip-hop, soul, electro, funk. You have two Emcee’s who charge sped-up lyrical flows; made to sound effortless…impressive and seamless synergy with their voices and their lyrics are playfully vivacious and positive." -Sam Dorman, NBC